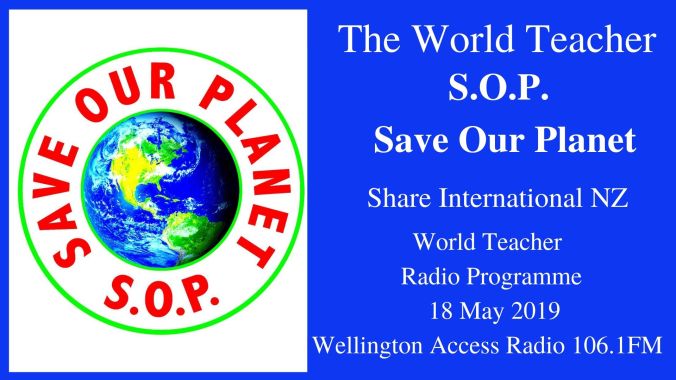 Save Our Planet (Part 1)
Today we have part one of a two part series on the environment, entitled ‘Save Our Planet’.  We’ll start with a report in this month’s Share International with the headline: “Over 1 million young people go on strike for climate change”.

In one of the largest environmental protests in history, an estimated 1.4 million young people in 123 countries skipped school and took to the streets on Friday 15th of March to demand stronger action on climate change. The global protests were inspired by 16-year-old Swedish environmental activist Greta Thunberg, who began missing school on Fridays in August 2018 to protest outside the Swedish parliament. Students around the world soon began similar protests, and now school strikes have spread around the world.

Quote: “We have been born into this world and we have to live with this crisis, and our children and our grandchildren…. We are facing the greatest existential crisis humanity has ever faced. And yet it has been ignored. You who have ignored it know who you are.”

Scientists and academics in many countries have signed open letters giving their support to the climate strike movement. Now, parents and grandparents are mobilizing in support of the youth strikes for climate under the banner ‘Parents for the Future’ and have also written an open letter demanding urgent action.